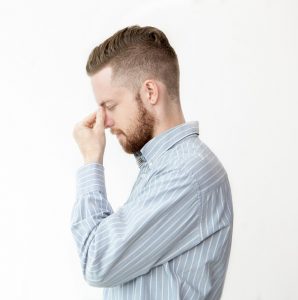 Ok, so I am the first to admit that I’m not a super technical writer yet. But there are certain things I read which make me stop in my tracks and put a book down, unable to read another word until I figure out what the hell the author meant. Today’s example is, “His nostrils twitched and he gave her a long moment to absorb that by leaving, he was getting what he wanted. He wasn’t obeying.”

It was the fact that his nostrils twitched, of all things. The online definitions of twitch is: “give or cause to give a short, sudden jerking or convulsive movement.” I understand that muscles twitch – as in, I went for a long run and at the end my muscles twitched in protest. And I guess the muscles in your nose could do the same. But if you think about it, doesn’t that just seem weird? It’s as if the hero has a sneeze waiting to happen but it never does? Or does your mind suddenly remember Tabatha in the old television show Bewitched? Maybe he’s going to cast a spell because he left his magic wand at home. I’d rather a muscle in his jawline twitched, or an eyebrow twitched up in astonishment, but his nostrils? Dude – get a Kleenex, you’re about to blow. And you look silly.

Maybe if I was having a different kind of day, this wouldn’t have bothered me as much. But because it did, twitching nostrils became my random writing rant of the day.

Castiglione's Pregnant Princess
by Lynne Graham
Quick Summary: Vitale Castiglione is a handsome prince who agrees to a bet to try and turn an ordinary woman into a socialite for the night of a big ball. The woman he chooses is Jazmine Dickens, the daughter of a housekeeper who used to...
tagged: harlequin-presents

Wrong to Need You
by Alisha Rai
Another solid read by Alisha Rai. While I didn't love this story quite as much as the first book in the series, it was still pretty dang amazing. I loved how the hero was not what I was expecting at all. And I loved how when characters f...
tagged: contemporary-romance

Hate to Want You
by Alisha Rai
Wow - this was one of the best romance novels I have read in a long time. There was hardly anything about it I didn't like. The sexual tension between the main characters was super hot and I loved their interactions. The writing was cris...
tagged: contemporary-romance

Strangers in the Desert
by Lynn Raye Harris
tagged: harlequin-presents